After a decade, Christie's is hoping to add fuel to the rekindled Richter abstract market

Christie’s bringing back to the market an important large Gerhard Richter abstract painting that once set a record price for these works at $34 million. The painting doesn’t have a published estimate but the whisper number isn’t really more than the previous sale. Christie’s will only say they expect the work to sell for more than $35 million. back to the auction block. Richter’s abstract or squeegee paintings, referring to the method the artist used to remove his “hand” from the painting process, are one of the largest bodies of work by a living artist to impact the global art market.

These large, colorful abstract works were among the most important objects in the rapidly globalizing art market that began just before the global financial crisis and gained steam just after. The Richter abstract market was first developed by Tobias Meyer when he ran Sotheby’s Contemporary art department. Through a series of sales Meyer showed the capacity for the art market to absorb as many striking Richter abstract paintings as he could bring to market.

Having established the universal appeal of Richter’s art, Meyer also understood that the very large paintings, which can be as large as nine feet tall, are smaller subset of the abstracts and would therefore create a form of scarcity within a very, very large body of work.

Meyer’s intuition was correct. In 2011, he brought a number of Richter abstracts to market, including four in the same season sale. Meyer got good prices for all. Lily Safra set a new record when she paid $20.8 million for one very large work.

If eight works seemed like a lot for the market to absorb, the next year 12 were offered. That's a 50% increase. Yet all of the works sold at the new price levels set by Meyer—except one.

Eric Clapton had purchased a single lot containing three Richter abstracts in November of 2001. He paid $3.4 million for the paintings which are not sequential in the artist’s catalogue numbers suggesting they weren’t a single work in three panels. In October of 2012, Clapton tested the new Richter market for large abstracts with one of the strongest of the three panels. The sale set a record for the works at $34 million.

In 2014, there were five sales that achieved confirming prices near the $30 million mark. Five other buyers had now validated the new price level. (In what is still the strangest story of that market, one painting sold the month after Clapton's for a respectable $17 million. The bidding was underwhelming considering the strength of the Clapton sale. Nonetheless, the buyer seemed to have spotted a opportunity for an arbitrage. The same work sold again in 2014—18 months later—for $29 million, a 70% gain.) 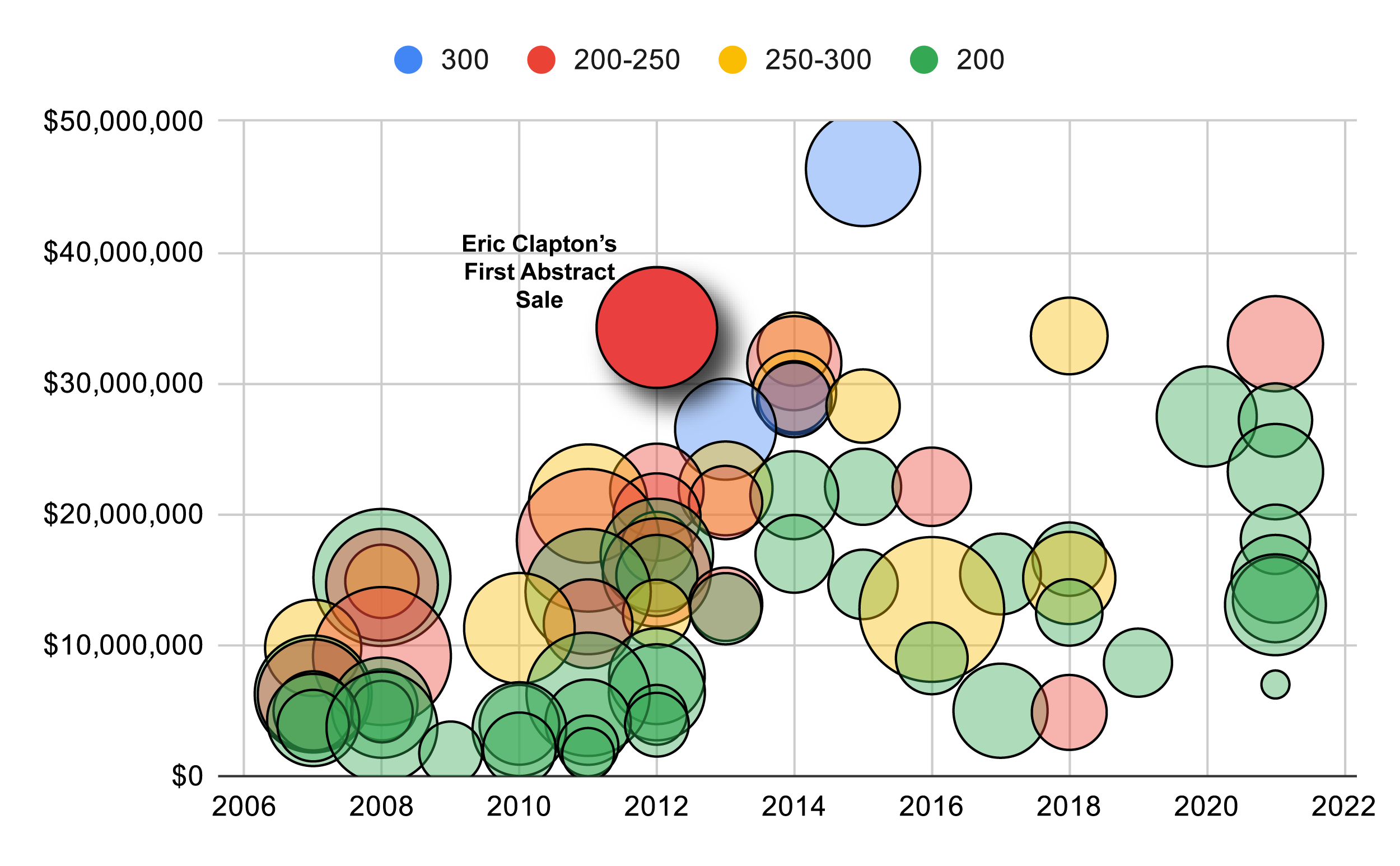 Three years after the Clapton sale, Kenneth Griffin would top out the Richter abstract market with a nearly 10-foot tall work that he paid $46 million for. That’s the record price still. (Eric Clapton would go on to sell his other two Richters to net nearly $80 million but two other works made prices significantly below $34 million.)

Since that sale, the Richter abstract market shifted to smaller works that made stronger and stronger prices though nowhere near the $30 million mark. Only a dozen large abstract works sold from 2016 and 2020.

Last year, the big Richter market woke up again. Eight works were sold in 2021. Six of them made prices between $10 and $30 million. The last one, owned by the Macklowes, sold for $33 million. In all, including Griffin’s $46-million buy, only six Richter abstracts have sold for more than $30 million. Between Griffin's purchase and the Macklowes' sale, only one other work—among the largest—was sold for $33 million in 2018.

Those numbers don’t tell the full story. Like in 2011, the market absorbed more Richter abstracts than most participants would have thought. Prices in 2021 were substantially higher than they were in 2011 for the two-meter abstracts. Market logic suggests that demand has reloaded as new buyers have entered the market. One axiom of the art trade is that record-setting works tend to set new records. So one can easily see why the buyer of Eric Clapton’s record-setting abstract would be interested in testing the market in 2022. 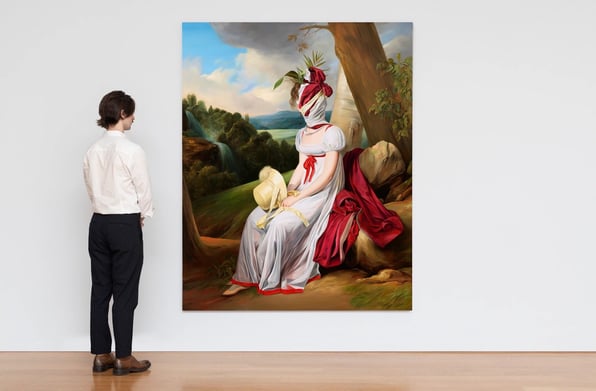 With an auction circuit hungry for both new names and figurative works, Polish painter Ewa...

Though his paintings sit on the same textbook pages as Morris Louis and Helen Frankenthaler,...

12 Works Estimated at $250m from Anne Bass Estate at Christie's

This morning Christie’s announced that it will be holding a single-owner sale of 12 works from...