Though his paintings sit on the same textbook pages as Morris Louis and Helen Frankenthaler, Kenneth Noland’s prices on the secondary market lag behind his peers. That could change this month as two Noland works come up for auction with $3 million estimates, which puts the works near the very top of Noland’s price history. The paintings—one at Christie’s and the other at Sotheby’s—are highly comparable in scale, imagery, and price. Either (or both) of them could reset the artist’s record of $4.25 million set just last year.

“In Noland’s oeuvre,” Sica says, “these targets are the most sought-after paintings–the early sixties works that look like bullseyes.” With cool blue tones and uninterrupted rings, “the target at Sotheby’s is very serene and uniform, a classic example.” Christie’s target, on the other hand,  “has that more AbEx-y gestural quality,” Sica says. It also has a decorated exhibition history that includes the 1977 Noland retrospective at the Guggenheim. “It has all the trimmings, so to speak, to set a record price.”

The current record for a Noland painting at auction is held by a smaller target painting with similar gestural marks. Rocker, 1958 sold in May 2021 for $4,255,000 over a $2,000,000 estimate. More than 700 works by Noland have sold publicly at auction. His prices have seen a fairly uniform increase since his death (and subsequent second Guggenheim retrospective) in 2010. The exception is an anomalous sale in 1989. In that year, Empyrean, 1960 sold for $2,035,000, more than three times the previous record. The same work caught the attention of the art world less than a decade prior in November of 1981; it sold for $300,000, which was, at that time, the highest price ever paid at auction for the work of a living American artist. 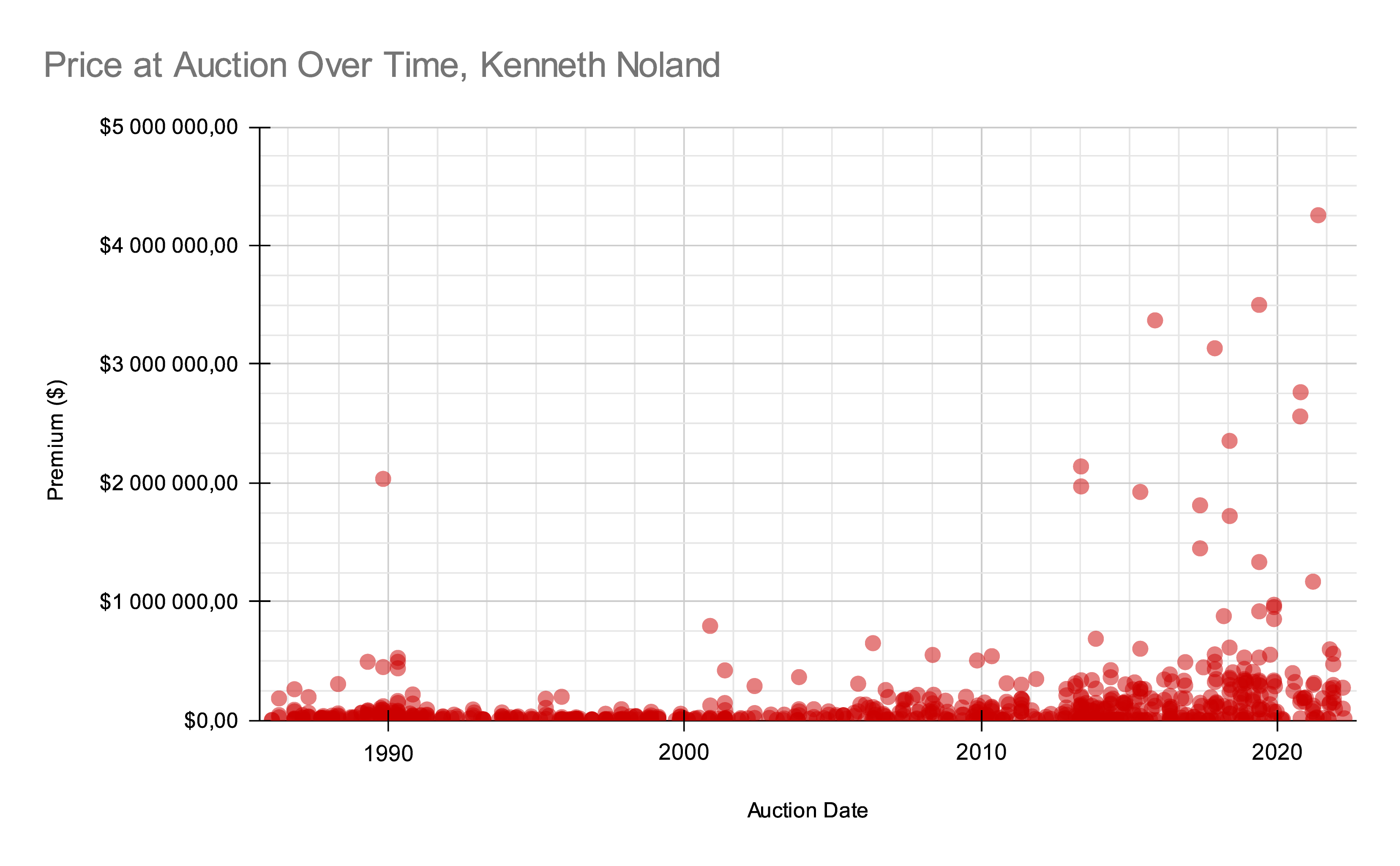 You can find work by both Louis and Noland in the permanent collections of the Hirshhorn Museum and Sculpture Garden, the Metropolitan Museum of Art, the Museum of Modern Art, the Art Institute of Chicago, and the Kunstmuseum Basel, amongst many others. However, this widespread institutional representation is disproportionate to their public auction prices. This disparity is more pronounced in Noland’s market, as Louis has had a significantly larger number of seven-figure sales at auction.

Noland currently holds sixteen auction results greater than one million US dollars. Organizing auction prices by creation year, the years in which Noland created his target paintings is immediately recognizable as the period most sought-after by collectors. Every single sale of a Noland that exceeded $1 million was for a work created between 1958 and 1965. Eleven out of these sixteen results are target paintings (the rest are chevrons).

The discrepancy between Noland’s institutional presence and his public prices could be connected to the particular interest from collectors in this portion of his career. With not one but two works from this period coming up this season, hungry collectors may find some satisfaction (or a renewed appetite).

Sotheby’s is launching the viewing of its just-announced Kerry James Marshall painting that...

Christie’s bringing back to the market an important large Gerhard Richter abstract painting... 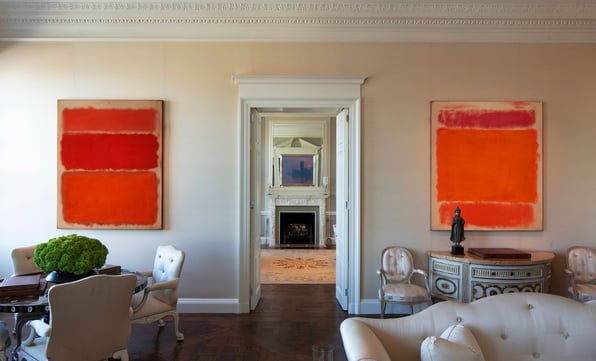 12 Works Estimated at $250m from Anne Bass Estate at Christie's

This morning Christie’s announced that it will be holding a single-owner sale of 12 works from...